I'm thrilled to have noticed (and then identified) another new plant I didn't know existed! This one was growing on a stump floating in our cove. We'd always admired the other plants on this floating garden, but somehow this one was overlooked until now. I think it drew my eye because it was exquisitely lit.

From afar, these blooms looked like small cones so I went to investigate. I was delighted with the beautiful details when I saw it up close. Indeed, one website described the flowers as 'inconspicuous catkins,' so now I don't feel so bad about overlooking it. But really, they are exquisite.

Since it is a bog plant, it doesn't feature much in my regular plant and gardening books, but both PlantNet and Google lens came up with the same species, which I could then follow up on in various places to confirm the I.D.

Before the flowers open, they present in this form, as winter buds: 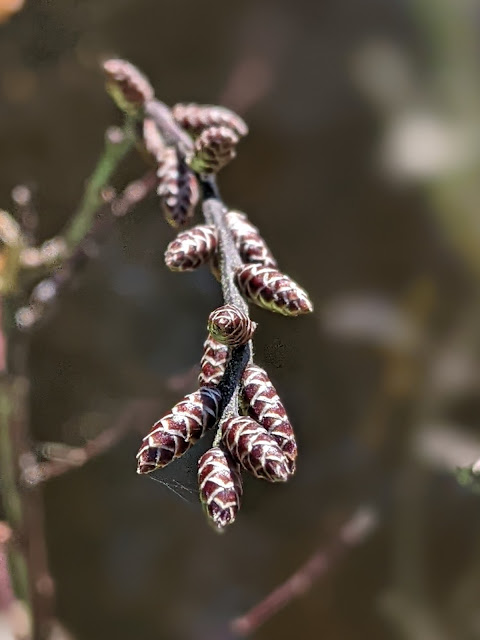 Apparently the foliage is useful as an insect repellent - will have to try it out some time.