Some interesting and beautiful things I came across as I paddled out to a remote cove last week. 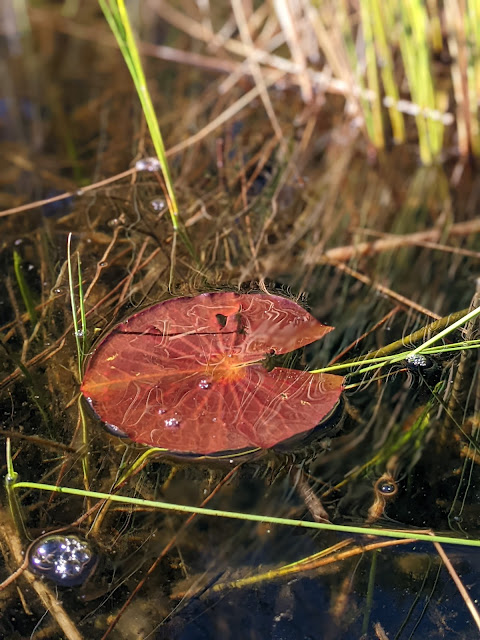 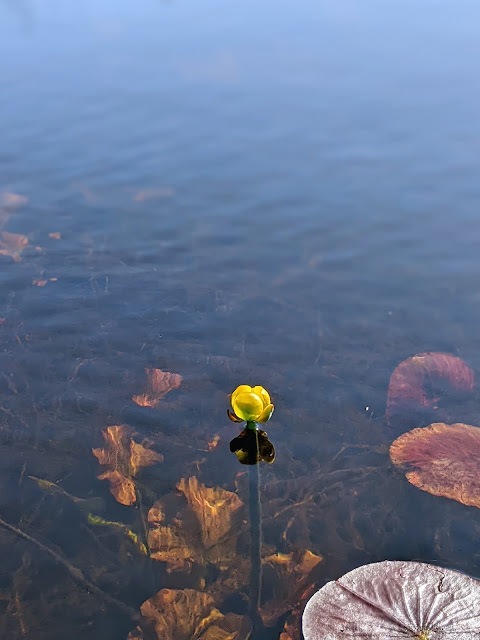 This next "monster" presented itself to me as well - an about-to-flower non-native bladderwort (the common name, swollen bladderwort, probably refers to these pale, bloated radial floats). I had previously only seen this species blooming in my lake in October and November, so was very surprised to see it preparing to flower this early - we have a lot to learn about this unusual plant, that is apparently out of its range.

The area I was investigating was pretty murky in places, with an abundance of algal growth, making visibility poor. I was able to see through it enough to notice this jellied mass of frog's eggs attached to a stalk. 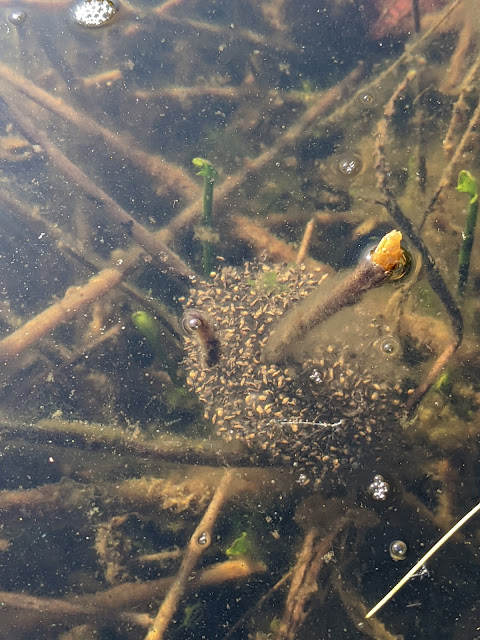 I found evidence of beaver activity as I headed deeper into a remote cove. Not only were trees down, but many were stripped. 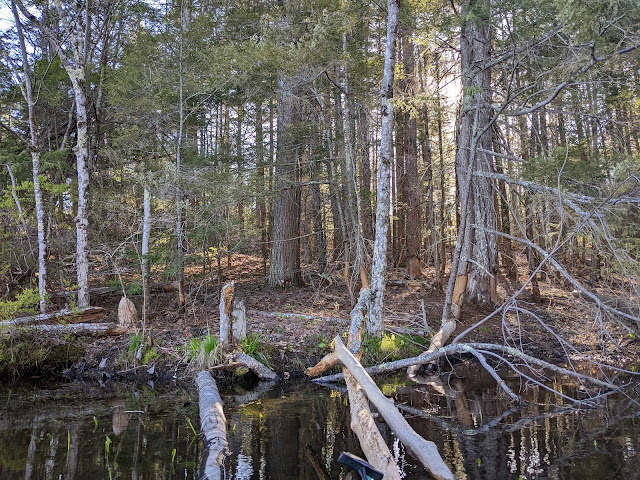 I followed the narrowing to this beaver dam, through which I could hear water running, and saw heron nests in the dead trees beyond. 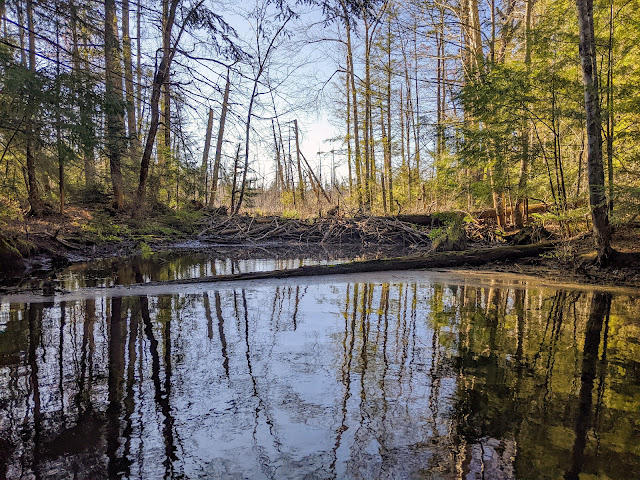 I got fantastic, close up views of leatherleaf blossoms (Chamaedaphne calyculata). I think the other common name, cassandra, is much gentler and a better fit - I love the little curls at the open end of each flower. 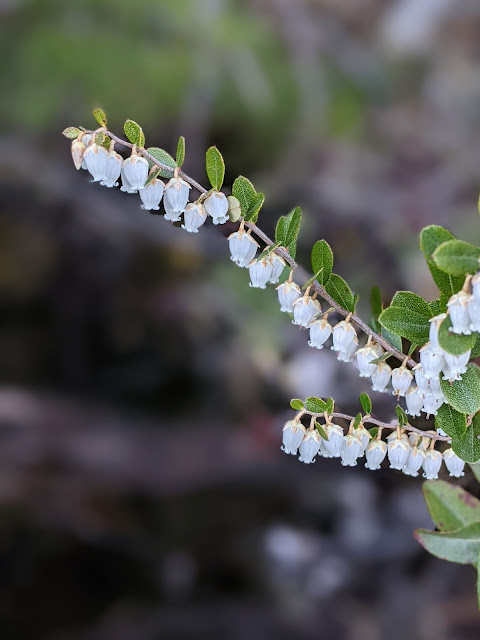