I was reluctant to eat the green potatoes I'd found in my produce bag, so decided to use them as extra food for my beloved muskrats. I placed one half on a rock at the water's edge, but wave action and high water levels floated it into the water. Chinese mystery snails found it before I did - there were 17 of them congregated on a half potato (April 30, 2022). 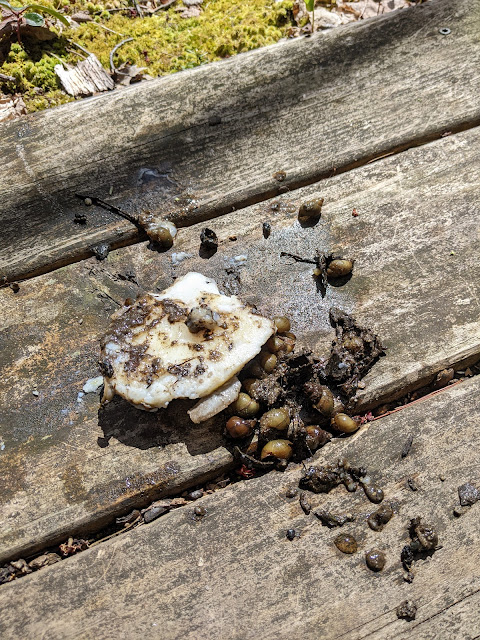 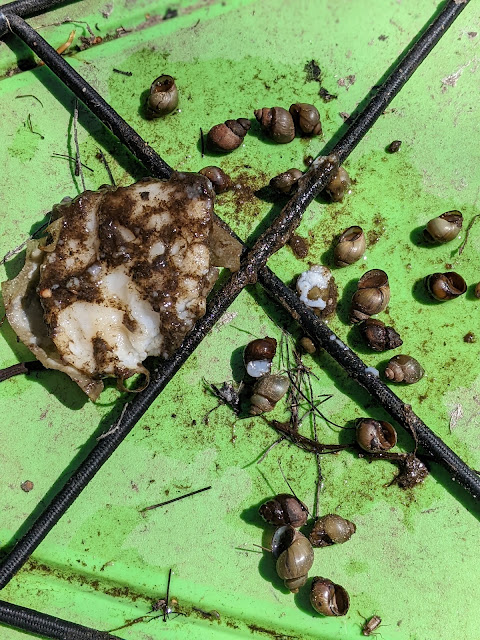 This one had 43 snails feeding on and around it - some were miniscule! (May 18) 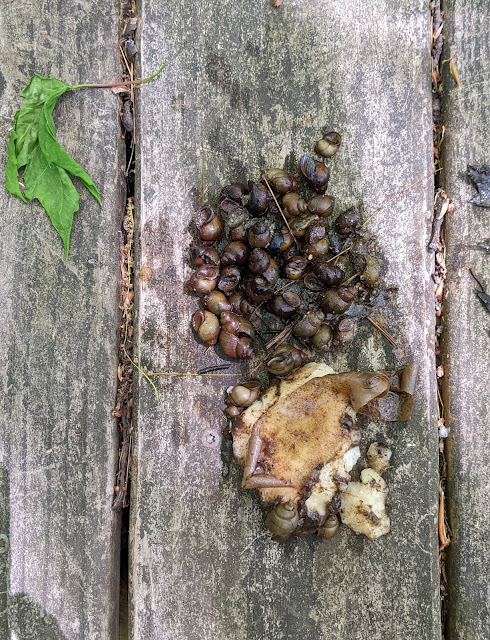 It's interesting to note that I'm not finding ANY native snails attracted to the "bait" this far. Another haul on May 22: 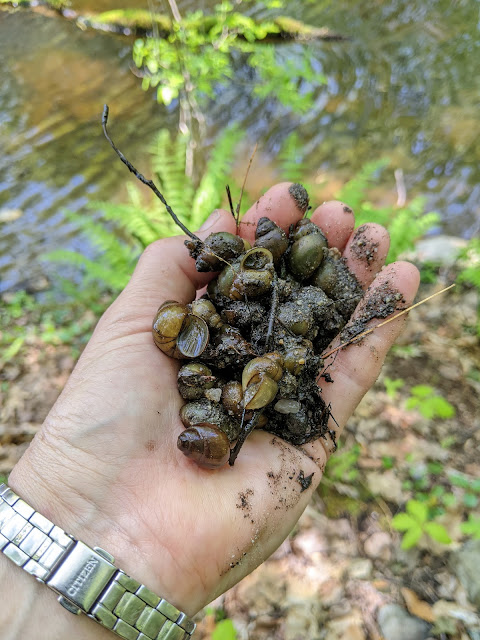 Of course, I began trying other vegetable offcuts too. I've had success with broccoli stalks as well (pictured below). There were more than 40 snails collected on May 23, many of which were collected on the silty substrate beneath the vegetables. 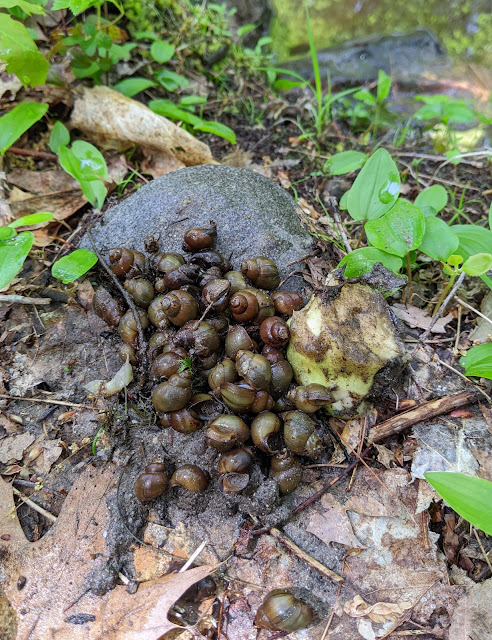 We identified the non-native Chinese mystery snail in our lake in 2020, and we counted maybe about 25 in a season. I have never seen them in such great numbers till now!

Perhaps I've stumbled onto an easy way to 'trap' or lure Chinese mystery snails in bulk, but perhaps I'm also helping the population thrive? Removing snails attracted to kitchen vegetables will need to be removed regularly and timeously in order not to boost the species' chances.