Our first real snow event of this season began with rain, and then it became ... snowy rain ... 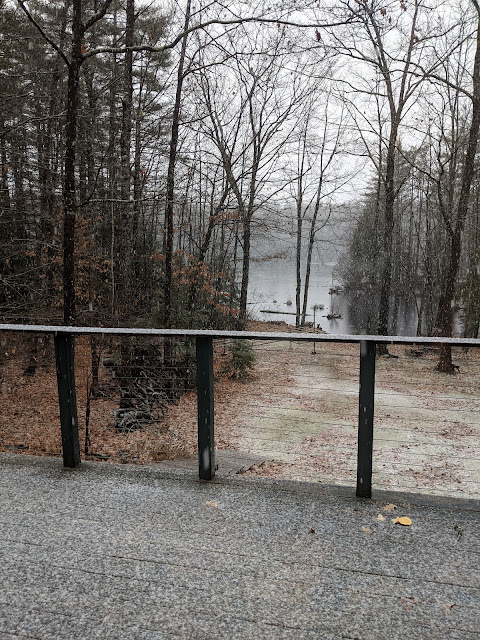 Less than an hour later, it looked like this. 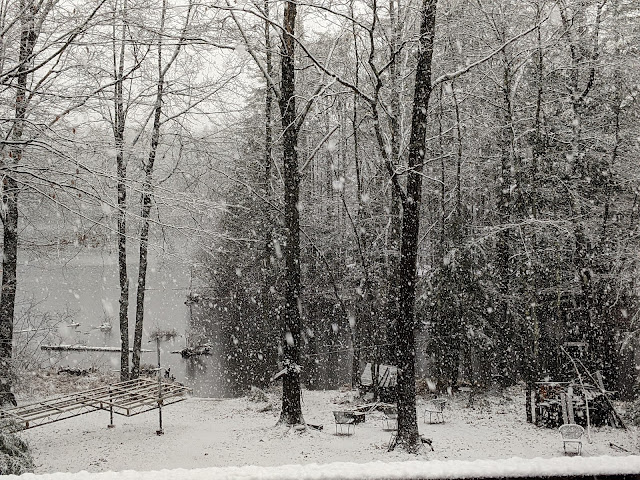 And then, two-and-a-half hours later, it had become: 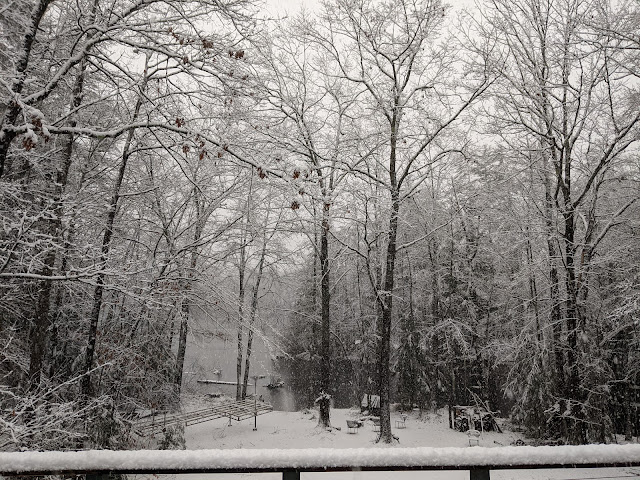 By this time, I couldn't see out of my angled windows - they held the clumping wet snow in place, and darkened my work space, as if I'd drawn the curtains. 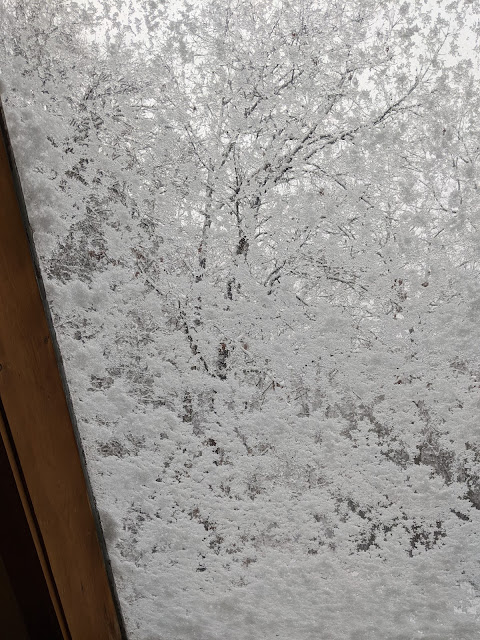 The next day's aftermath: the price we pay for living without electricity, going on 17 hours. But WE HAVE A GENERATOR - the best thing since sliced bread.

So beautiful. Lack of power not so great, but wow, the beauty of snow.