I took this photo from my kayak last week, and it reminded me of the vinyl record cover of "The Frog Prince" that was my birthday present one year, way back in the Sixties. 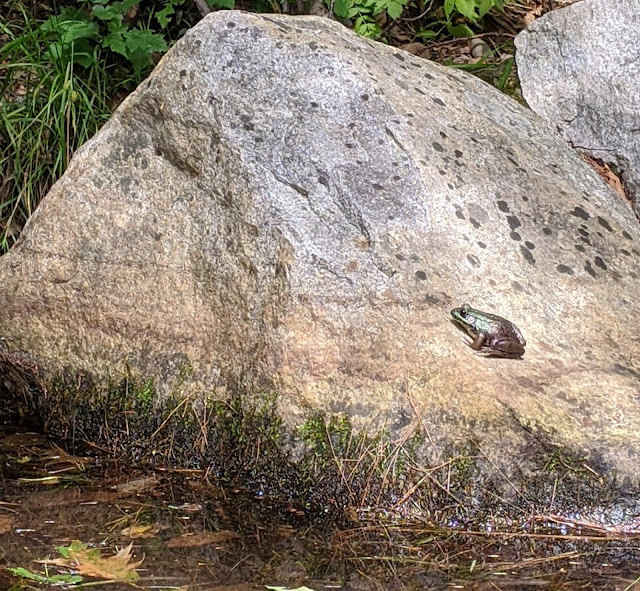 Though I LOVED the story and the rendition of it on the record, I was petrified of the image on the cover. It was a photograph of a man dressed in what looked like a skintight, slimy frog suit, crouching down next to a wishing well with a crown on his head. On the other side of the well was a grown woman in what seemed to be a short ballerina tutu, holding a golden ball. It was freaky-scary: that frog was as big as the princess, and as creepy as heck. I'd ask my Mom to put the record on for me, but I wouldn't look at, or touch the record cover, since it scared me to death. I had to look away!

I've looked online for the cover that alarmed me so much as a child, but haven't come across it yet. If I ever do, I'll include it here. It would be very interesting to see how it compares with my childhood recollection of it. Thus far, few of my siblings recall the record cover as vivdly as I, and the chills it unduced.