Whilst trying to locate all the naughty Brittle Naiads growing in my cove (without a license - i.e. invasive), I came across something exciting - a jellyish, donut-shaped mass attached to a plant stalk. I thought it was a primitive animal life form, as it initially seemed to be moving and pulsing, but it turns out it was just the water currents making it sway about. 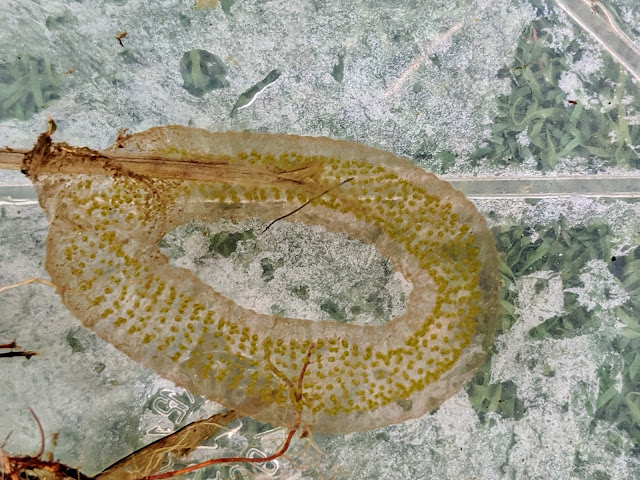 I made a mental note of exactly where it was, and rushed back to the house to get a bucket. Phew! It was still there when I returned and I was able to scoop it up, and take it to the house to be photographed. It took a while for me to be able to take a reasonable (non-blurred) photograph, even though I had it captive in a bucket - I was excited by my find, and couldn't hold my breath long enough to keep my phone still while I pressed the button. After returning the jelly mass to the lake, I was so dissatisfied with how my photo had turned out, that I went back to the lake to look for it again, picked it up in my hand this time, and got a better shot. 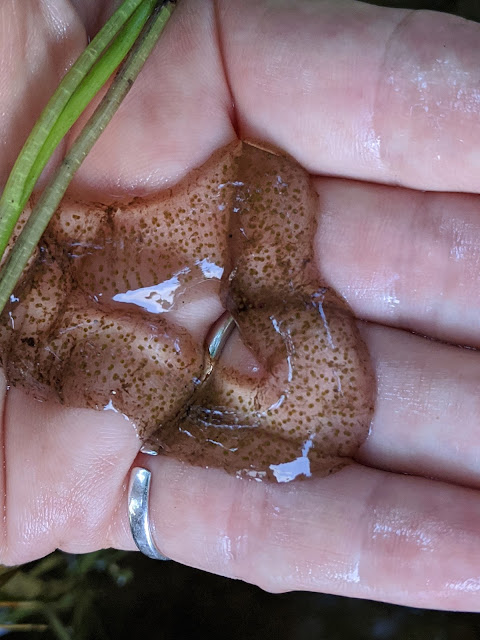 I've found out that the ring is the egg sac of the Caddisfly.

This is an excellent photo of the egg ring, not taken by me, but which gives a much better idea of what it looks like.
https://www.flickr.com/photos/coreyraimond/6019922694 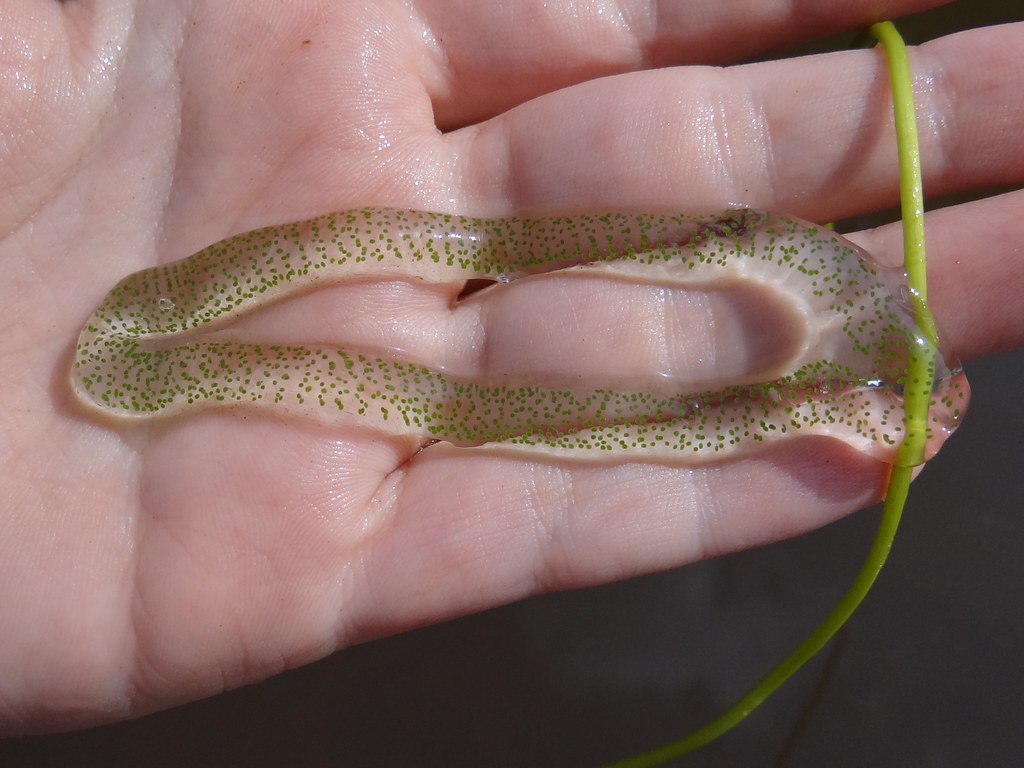