Over the weekend I worked with a magnifier, lights, water, needles, tweezers, and an aquatic plant that looked "suspicious," to identify it precisely. In my super-focused mission to locate the miniscule seed that would give me the answer, I couldn't get my words out to communicate, and came up with an outrageous spoonerism: I referred to

I had been trying to 'tease out' a seed from the fruit that ranges between .05" -0.1" (1.5 - 3.0 mm) in size! It was difficult and tedious to do at home without lab equipment, but I was SO distressed at having found another possible invasive species in our lake that I couldn't stop, nor let it go. I pulled leaf stipules, stems and axils apart with two needles, working under a magnifying glass, and photographing leaf fragments for a few hours.

I believe I isolated one seed pod, seen here near the tip of a fine sewing needle (looking like a deadly weapon at this magnification), but I was unable to find a mature seed inside. 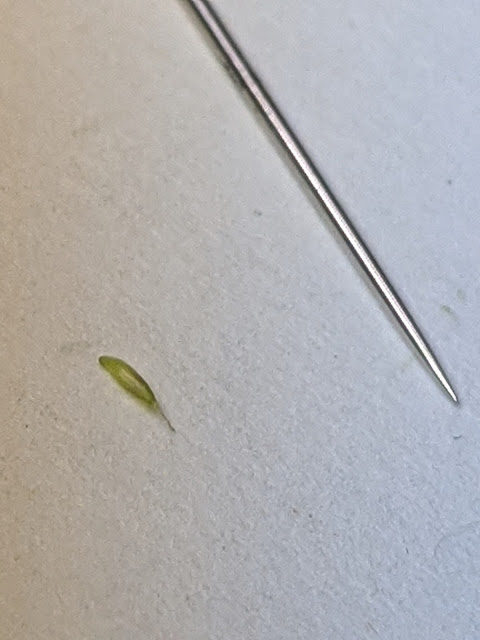 It's more than likely the invasive European Brittle Naiad or Brittle Waternymph (Najas minor). The Lake Stewards of Maine (https://www.lakestewardsofmaine.org/) will test and definitively identify it for me after sending them a sample.

It looks beautiful in the water, like a miniature tree (bonsai) with arching leaves that float and bob gracefully with the water fluctuations and swells. 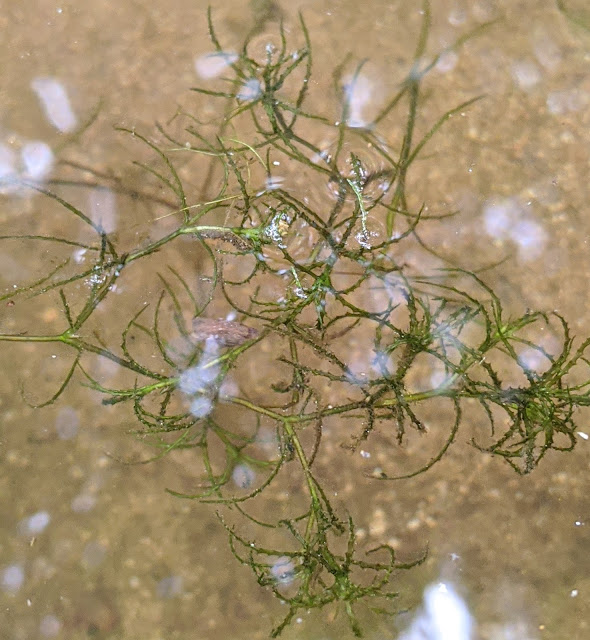