I found this leech between my fingers after a swim some hours before, so it had already had its fill (it can be satiated for months, and up to 2 years after a full feed - glad I could be of help 🤷). It's basically a locomoting hypodermic needle with a blood storage organ, the stuff of science fiction (but this has been real life for millions of years)! That thin elongated part is the head end, and there are suckers for attachment at each end. 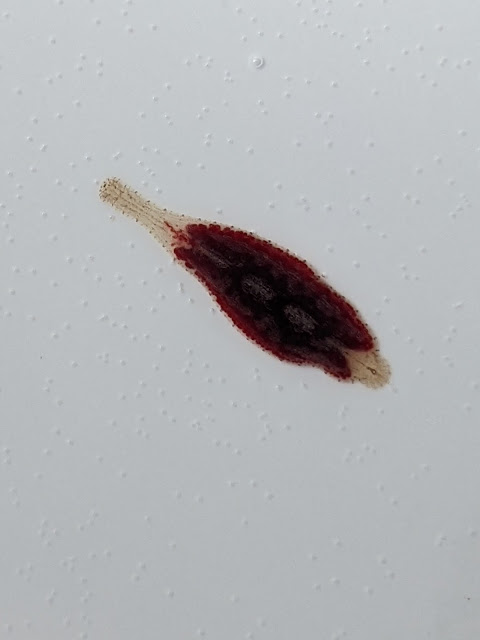 The markings on it were beautiful, and watching it move was fascinating. I've just read that leeches have 34 body segments packed into that little space! 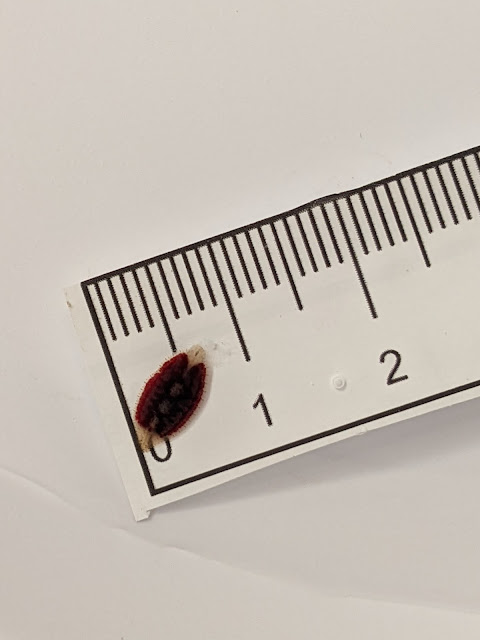 The best way to remove a leech, besides waiting 30-45 minutes for it to finish its meal, is to pull the skin taut on either side of its head end, and slide a clean fingernail, blade or thin credit card between its body and yours and then flick it away. You really want to avoid forcing it to regurgitate.
I'm fortunate in not reacting badly to leech bites, so I can look at them dispassionately, and even appreciatively, unlike my husband. He appears to have an allergic reaction, even when he doesn't forcibly remove the critter - his skin becomes swollen, purple/black and blistered. Here's a pic with a chipmunk hiding the purple toe (the blisters are not even at the site of the bite!). 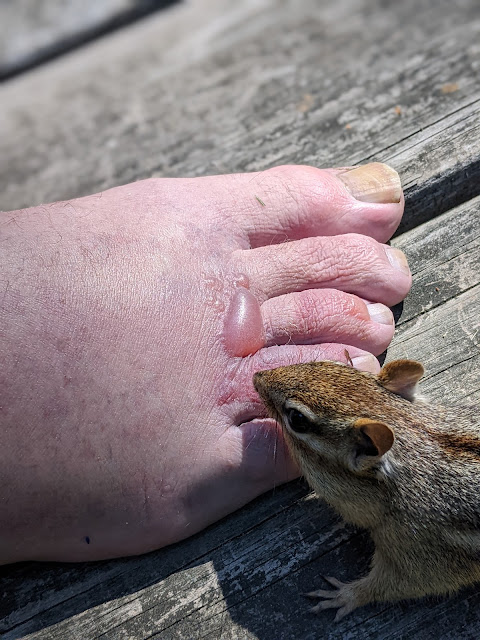 I love how Dale's little friend came to check out the situation......