This little crayfish was living in the hole of a brick that served as an anchor for our invasive plant markers. He thought it prudent to nip the hand that had grabbed his home from its resting place. But of course, that alerted Dale to the fact that it was there, and we captured it to take a closer look. We were happy to find out it was a spiny cheek crayfish, native to our region. 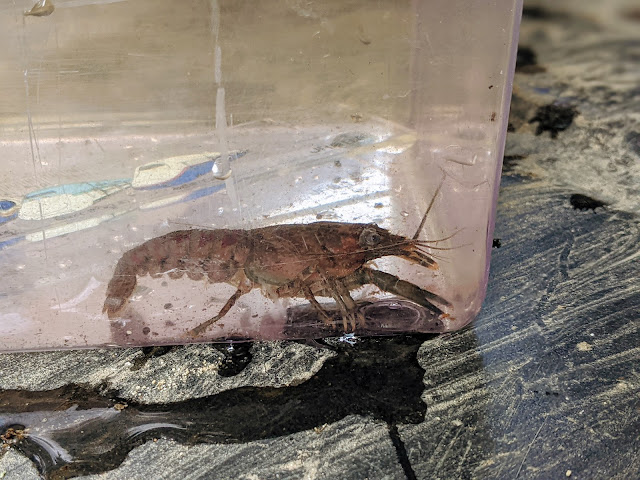 Dale was kind enough to forgive it for nipping his finger, and after admiring it and its exquisite alertness in its temporary quarters, he calmly set it free again. 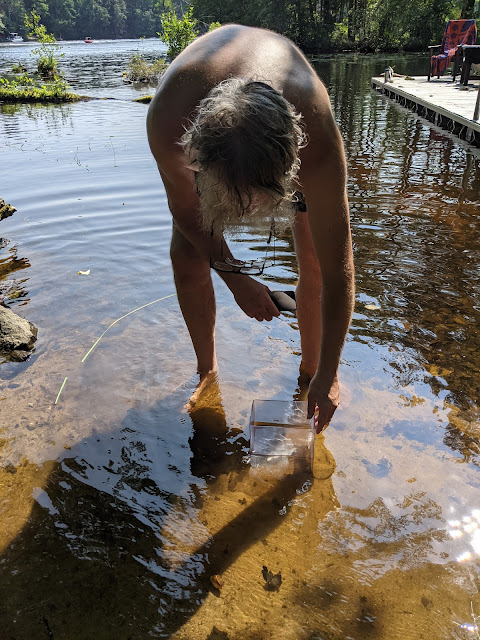 I find it so amazing that after all this time of living here, we're still finding new things to learn about and discover - this gel blob in my hand is another such phenomenon. When I picked it up, I wasn't sure if it would disintegrate into an algal cloud or if it would remain intact. The latter was the case. We'd suspected it might be an egg sac from one of the aquatic fauna in our lake, but no! 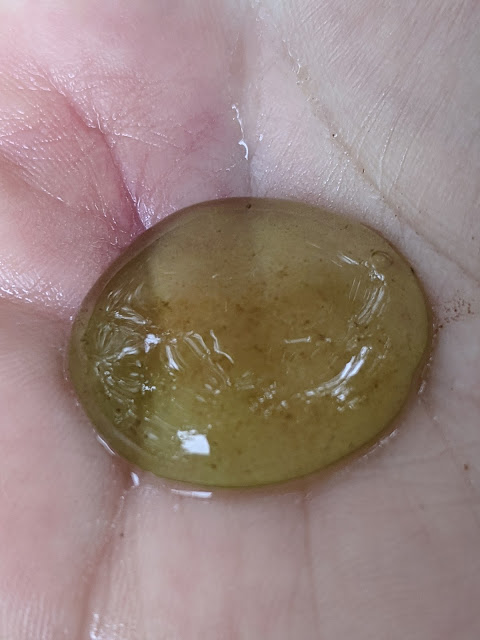 This is a freshwater colonial protozoan that co-habits with green algae. It's found all over the world, and is named Orphrydium versatile.