There's something exquisitely appealing to me about the tamarack tree (American or eastern larch, Larix laricina). I don't know if it's because it's such a unique conifer (it loses its leaves in winter, so is deciduous, an unusual feature for a conifer).
I came across quite a few growing in a remote bog feeding our lake. Look at the beautiful spiral detail of its fall foliage. 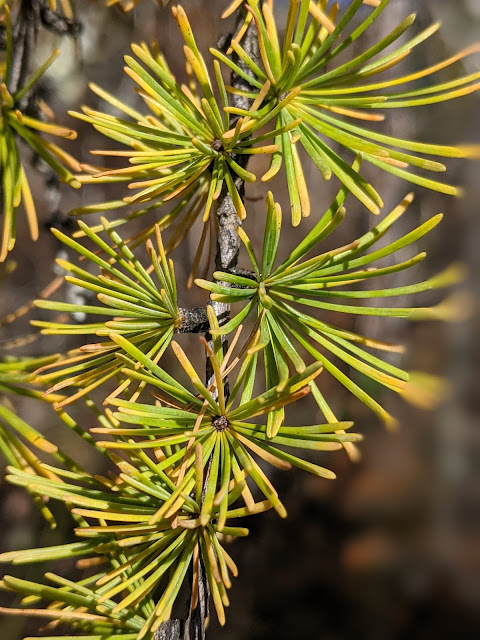 The Algonquin people used this species to make snowshoes and canoe ribs because of its pliability. It's been suggested that the north American word 'tamarack' might be an Anglicization of the native American words for this tree: hackmatack, akemantak, muckigwatig.
It's such a beautiful tree - I love the dramatic contrast of the black branch knobs against the yellowing needles 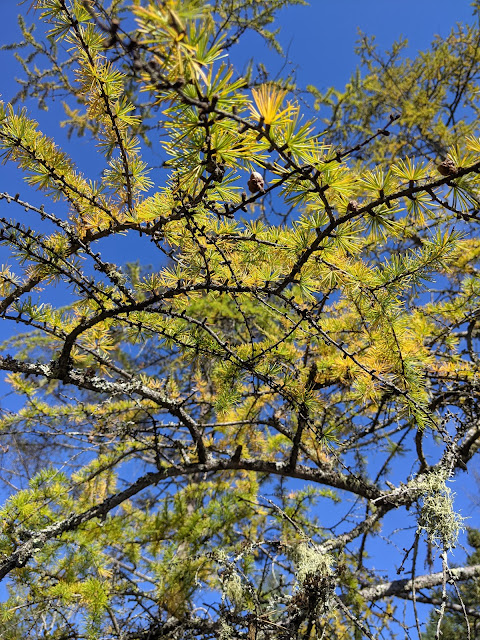