This brilliantly colored yellow 'bloom' appeared overnight on a decomposing tree stump in my yard, catching my eye with its bold appearance. It used to be known as a slime mold, but it's now considered to be a ... plastid (not a fungus, plant, animal or bacteria), which consumes fungi and bacteria. Intriguing.

This particular plastid is called Fuligo septica (ergh! shudder) and has a worldwide distribution. Interestingly, the common names from different cultures all seem to describe it as something icky: 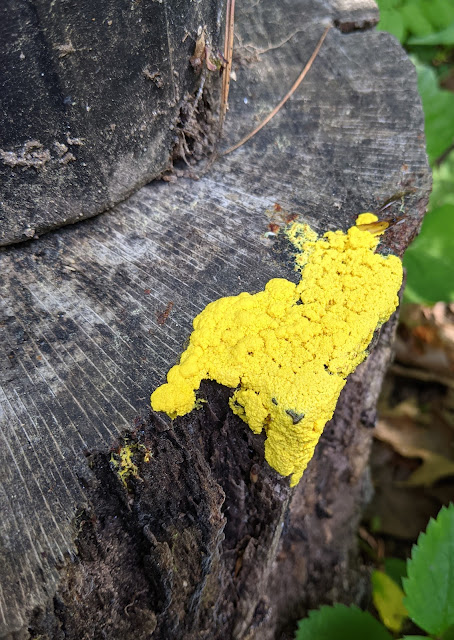 When you look at it up close, it also looks a bit like yellow cauliflower, which I think is much more complimentary! Also, the French botanist who first discovered it in 1727 referred to it as 'fleur de tan' which is basically 'flower of the bark' which is much more respectful! 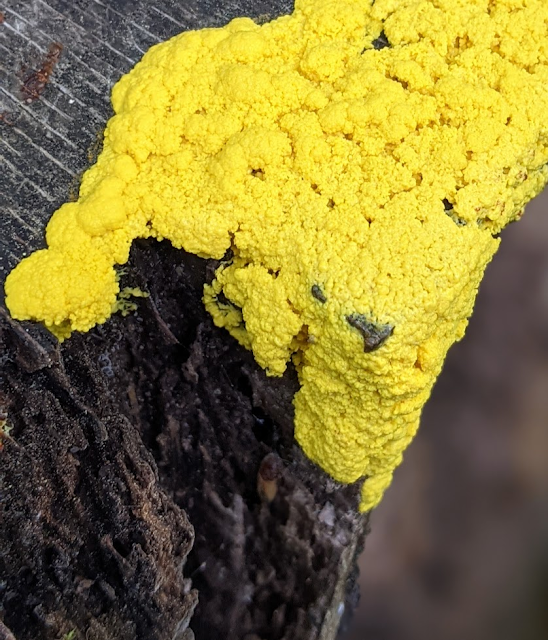 Believe it or not, these organisms tend to 'move' in an amoeba-like fashion (about a millimeter per hour) as they gravitate towards more microorganisms they can break down.

This is how it looked the next day: 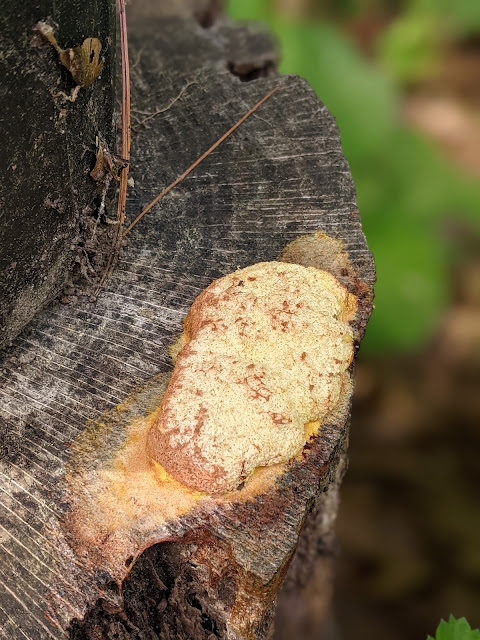 I found the interesting info about it on these pages

I know! Wishful thinking in a name?

I'm kinda partial to the "witch's butter." Even if that's misogynistic. I just like the idea of witches.

Intriguing how slanted all the names are - something otherworldly about it, for sure.